Despite the COVID-19 pandemic, there’s plenty to celebrate in New Zealand’s Pacific music scene. The finalists for the 2020 Pacific Music Awards were announced today after a record number of entries, resulting in 24 finalists across 13 categories.

Island Base FM alongside our sister station Base FM, are proud to be sponsors again for the Best Pacific Hip Hop Artist category.

Leading the finalists are hip hop duo Church & AP who are the fresh faces behind the next wave of New Zealand and Pacific hip hop. After being nominated for Best Hip Hop Artist at the Vodafone New Zealand Music Awards in 2019, they released their debut album Teeth the following day on 15 November. Alongside Church & AP, international Pacific star Olivia Foa’i is also in the running for four Pacific Music Awards.As the lead female singer and dancer for multi-award winning Polynesian band Te Vaka, she’s seen success for her contributions to Disney’s Moana soundtrack alongside her father Opetaia Foa’i, who received the Special Recognition Award for his contributions to the film at the 2017 Pacific Music Awards. 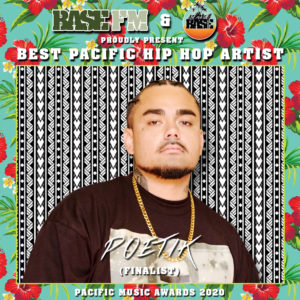 In a Pacific Music Awards first, Shepherds Reign are the first Polynesian heavy metal group to be nominated as finalists.

They’re up for Flava Best Pacific Group, SunPix Best Pacific Language and APRA Best Pacific Song for their single ‘Le Manu’ is inspired by the legend of an ancient Samoan warrior and is quite possibly the first heavy metal song sung in the Samoan language.

Recipients of the 2018 Manukau Institute of Technology Lifetime Achievement Award Punialava’a are back this year, proving their staying power as icons of the Pacific music community. This year they’re nominated for both PMN Best Pacific Gospel Artist and SunPix Best Pacific Language for the album Sili’aga I Fa’atufugaga, Beyond Our Stories.

Having carved a place for herself within Auckland’s vibrant music community over the past six years as a proud, second generation Samoan New Zealander, Lou’ana’s voice carries the stature of an old soul. She released her debut solo material in 2019, is nominated for Auckland Council Best Pacific Female Artist, Best Pacific Soul/R&B Artist and NZ On Air Best Pacific Music Video, and has plans to release her first album this year. 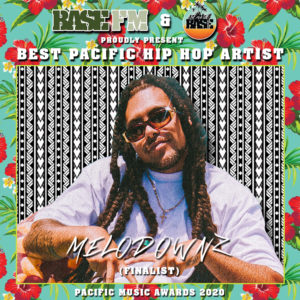 The winner of the Recorded Music NZ Best Pacific Music Album category is presented with an official Tui and recognised at the Vodafone New Zealand Music Awards later this year.

Pacific Music Awards Trust spokesperson Rev. Mua Strickson-Pua said that despite the challenging situation we find ourselves in, it’s more important than ever to celebrate the successes of our artists.

“The impact of the COVID-19 pandemic has been felt, even by our humble 2020 Pacific Music Awards, requiring us to navigate through these times of uncertainty and great sadness. We acknowledge our traditional role and contribution to uplift the spirit and well-being of our people.

“We also take on the challenge of navigating the new economic reality and technology opportunities for our awards. Today we’re immensely proud to recognise this year’s finalists, who are exciting new and seasoned Pacific artists, that are making waves and taking Pacific music to new heights and realities. ”